What's so great about Boise?

Boise Idaho is getting more and more recognition these days but what's so great about Boise?

Jesse and Bryce are letting us in on the best parts about Boise from a local's perspective.

This small town with big-city amenities has the perfect mix of work and play. Want to learn more about our amazing city?

Jesse: What's up everybody, Jesse Taff, Bryce Gonser here again, and we're going to change things up a little bit on the next few episodes here and talk more about the Boise Treasure Valley area and really, what we love so much about it. So first off, what's so great about Boise? And for me being here for a little over 11 years from college to now starting my family, it's been everything I could have wanted. So, you have big city amenities with a small-town feel, you have your safety, you have the outdoors, just outside of town, and great costs of living, which I think a lot of people out there are starting to notice.

Bryce: Absolutely. I mean, it's a little bit of everything, it's changed so much so I'm kind of one of the rare ones I feel like nowadays as being a Boise native. Yes. Born and raised in Boise and just seeing how much everything's expanded, like you're talking about, it still has that small town feel but as everybody knows, it's growing like crazy. And I think one of the my favorite things about Boise is just how quick you can get into the mountains, or out of the city and as more people have come in, you leave and there's still a decent amount of people around you, but at least you can get out, get into the forest a little bit, there's a ton of places, multiple lakes, forest ranges all over the place that you can get up to within 45 to two hours, and you're just away from your everything.

Bryce: Oh, yeah, I mean, so those types of amenities are awesome, it's a good little break to have and that's one of the nice things that I've loved about just growing up here is how quick it is to get away.

Jesse: Yeah, and on the same topic, we really kind of facilitate a culture of an active lifestyle, which I know both of us are big believers in mental and physical health.

Bryce: Absolutely, and I think on top of that, just how much has grown here as a community, there's been so many gyms, so many schools, so many athletic-wise sports teams that have been able to grow because of all the people coming here. Coming from an athletic background, and I know that we're both big into fitness, it's cool to see all these club teams opening up, all these sports performance places. I used to work at Off The Field, which was what I did before I got into real estate, and just to see how much they've grown and I mean they train almost every high school team here, the professional athletes that have come in. So, there's just so much that's growing here outside of real estate, it's really cool to see everything.

Jesse: Exactly, and we plan to kind of highlight some of those topics here in the next ones but just to kind of summarize what's so great about Boise between the two of us, outdoors, you have all four seasons, which is great to have that variety, it's a great location to raise or start your family, cost of living wise, amenities wise. And really it's the Idaho atmosphere of having some of those personal freedoms and still having space to expand as you said.

Bryce: Yeah, and good people. I always hear from out-of-state people, people here are so nice. I was like, well yeah, it's just Idaho it's how it’s always been, we're just great people, great people to be around.

Jesse: Exactly. Yep. I hear that all the time when people first come here it's like, well what brought you here? and you're like, we got off the plane and everyone started chatting, some of the friendliest people I've ever met. So, we love it here, no plans on leaving anytime soon. If you guys are looking out here, either from another state or another city, or just want to hear more about Boise, definitely tune in, make sure to like and subscribe. We're going to get a bunch of more local videos out for you and let us know what you want to see. 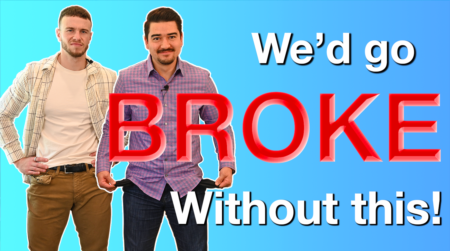 We'd go broke if we lost this 1 thing!

Your REFERRALS!! Without your support and referrals, we wouldn't be in business! We are grateful for all of our clients and supports and please ...Read More 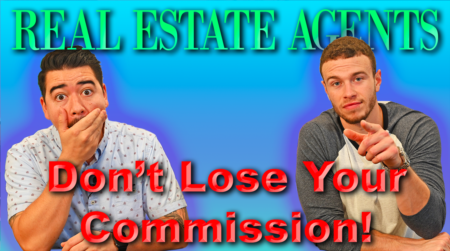 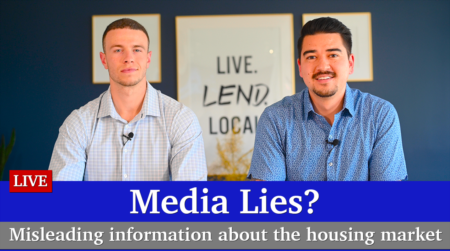 Lies from the Media Today we break down some of the lies the media has been putting out on the housing market. Please subscribe to, like, comment ...Read More 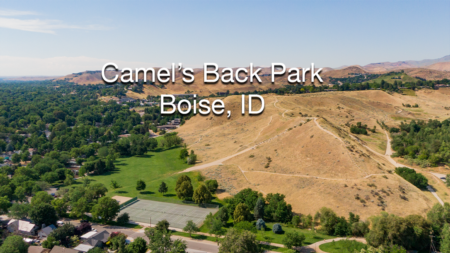